A sign of a brilliant project is one that is "obvious with hindsight" - when you see it, it suddenly seems so simple that you end up annoyed at yourself for not having thought of it yourself.

For me, Laura Kampf's Zippo Lighter driver bit case was one of those projects.


I've had a similar lighter kicking about in the junk drawer for years, always holding onto it because I liked the aesthetic of it and wanted to use it in a project, but never knowing what that project was.

So I'll admit, this was a shameless copy of Laura's project, but as I don't have access to a milling machine, I had to take a different approach. The insert that I have created is 3D printed, and relies on a friction fit to hold the parts rather than magnets. 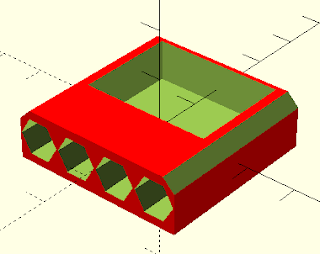 Rather than use the free plan, I decided to create my own, adding an additional hollow in the middle of the insert. The idea was that this less-accessible compartment could contain less frequently used driver bits, but still keep them together with the others.

In reality, the fit of the insert is a bit too tight to allow the compartment to be easily accessed, but it does still serve a purpose in reducing the amount of filament required to print the model (compared to leaving that part solid).

I also found that my lighter has a small metal tab in the lid that got in the way once the driver bits were in place, but this was easily removed with pliers. (I'm not sure is this is a typical thing of these lighters, or just because the one I'm using is an off-brand knockoff.)


I have to concede that the insert would've looked better in metal, but from a functionality perspective it works just as well, and sometimes you just have to work with what you've got.

The STLs for the model can be found on Thingiverse, and the OpenSCAD code is on GitHub.
Posted by Anthony at 03:39 No comments:


In my last post, I showed the process of building a small wooden engagement/wedding ring box. Obviously it needs some lining to be fit for use.

The original sketch had a note next to it about an LED in the lid which I definitely wanted to do, but there's some space constraints to consider, namely where to fit batteries in the box while still keeping the traditional ring box appearance.

To create the padded sections, I used some leather offcuts, rolled up with the suede side exposed. The front "pad" is literally just that. 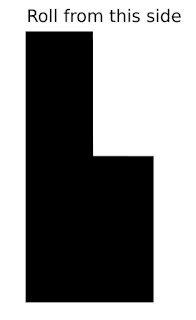 The rear pad has rolled from a 'L'-shape piece of leather, like in the illustration. When rolled, this creates a small hollow in the tube, where the batteries will reside.

Electronics
The circuit is very simple. A white LED in the lid of the box will be powered by two G3A batteries (v. small cell batteries), and triggered by a normally closed reed switch. (i.e. putting the switch near a magnet breaks the connection).

The reed switch is carefully placed in the hinge near a small magnet (hidden under the leather), so that when the lid is closed, the magnet holds the reed switch open.


G3A is not a common type of battery, I just happened to have a lot that I recovered from some recycled electronics. As a result I couldn't find a battery holder for them, so I adapted this CR2032 design from Thingiverse.


The LED itself is just mounted with hot glue, angled down toward where the ring will be situated. The wires run down the inside of the lid to the hinge, where the reed switch is positioned.


On the base side of the hinge, is the small magnet which triggers the reed switch.

All of this is covered by another strip of leather, which is glued - suede side up, to the inside of the lid, and runs down to the hinge, overhanging it into the base (see photo). This overhang is tucked behind the leather roll containing the batteries, hiding all the wiring, but meaning it is still accessible should the need arise (to change the batteries, for example).


A moving shot to try and illustrate the sparkling of the ring under the LED light.