Recently  I moved home, and in the process of packing up my belongings, I realised how much of my stuff is just paper - Old notebooks, documents, paperwork, etc.

I didn't particularly want to take it all with me and I had neither the time or the inclination to sort through it all by hand, so I started looking at ways to digitise it.

My phone (Samsung Galaxy S3) has a pretty good camera. The resolution is high enough to be able to read text from a page, and it's ability to take multiple pictures in succession meant speed wasn't an issue.

Using it by hand however can be a problem. Results were too inconsistent - shakiness caused blurring, inconsistent distance meant time was lost waiting to refocus.

So I built this simple jig from some wood scraps to hold the phone at the optimal distance. 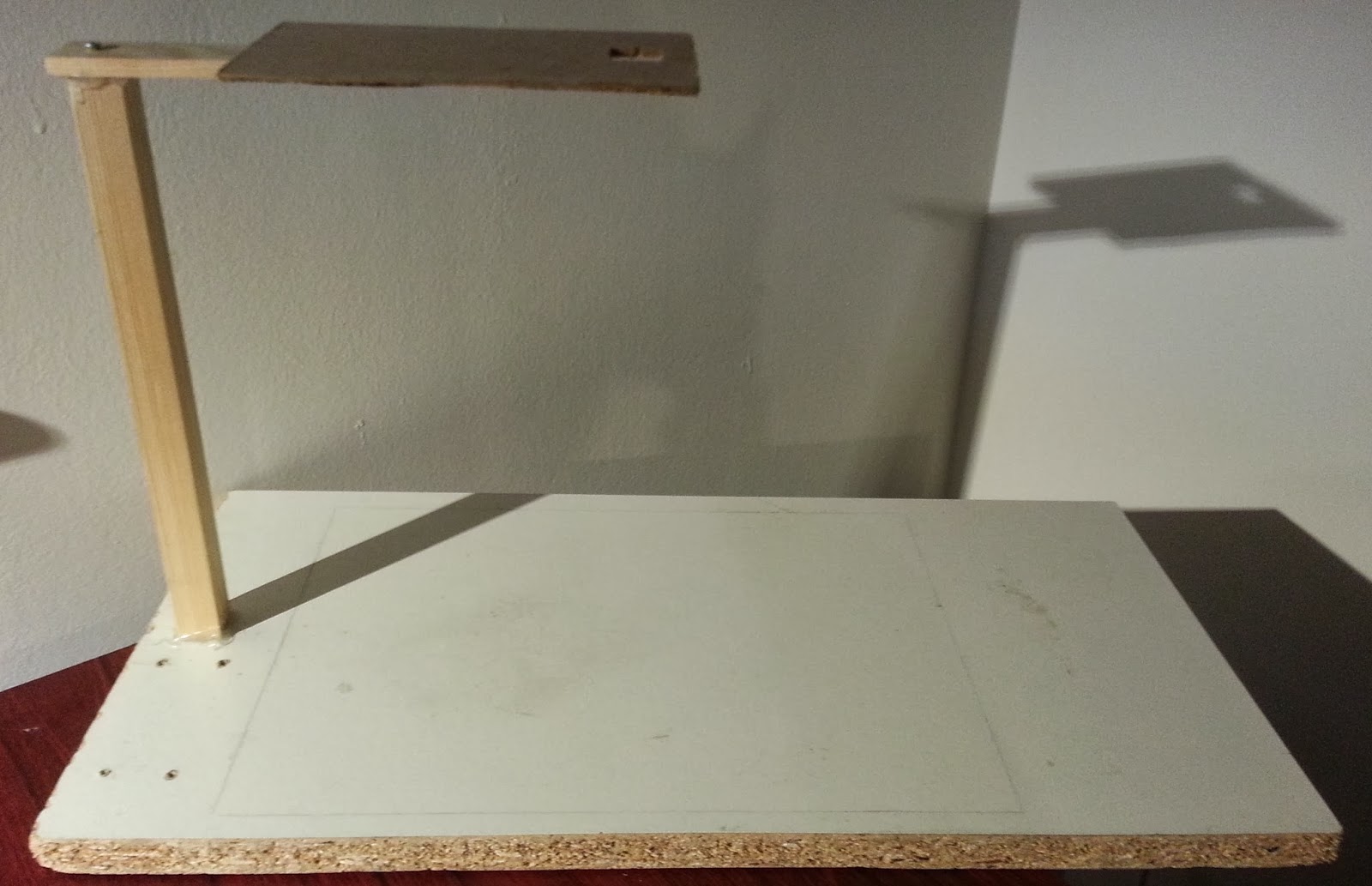 It's an improvement, but the vibration from tapping the screen to take the picture was still causing some distortion.

After some messing around with various options - IOIO board, custom camera apps, etc. I realised that when I was using a USB-OTG adapter with an external keyboard, the stock camera app would treat the enter key as a shutter button.


Rather than waste a whole keyboard on this, I remembered I had a PCB from one in my junk box that was destined for a project that never materialised.

It already had the key matrix wired to a connector from an old IDE cable, so all it took was some probing with a breadboard jumper wire to find the connections for the Enter key, and wiring in a button.

A bit of Sugru later to make the button more comfortable, and I had a quick way of digitising my old documents.